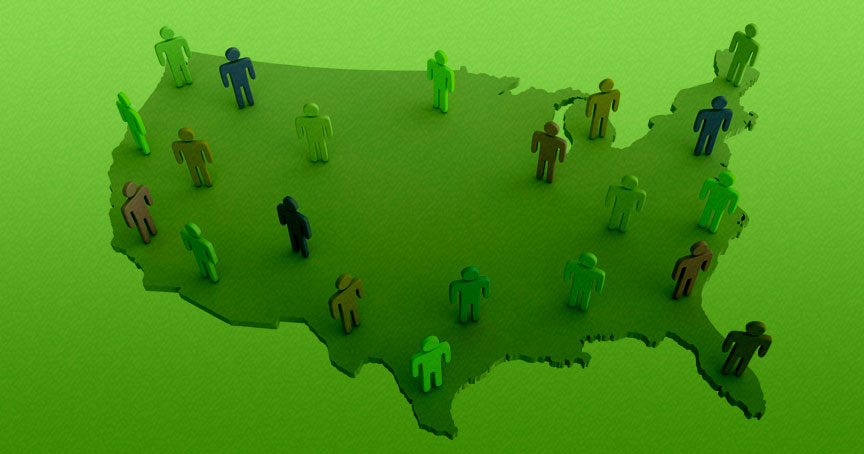 Census records can really be a great source of information.  If you’ve never reviewed a census record, here is what you should know:

This is the purpose of the census at its core: to enumerate, or list, everyone living at a particular address at that time.  As you find your family members, you may also find a child in the family that you never knew existed, because he died early in childhood.

(Pro tip:  check the next census, generally ten years later, to see if that child is still listed.  Another important clue to find “missing” children: some census records show how many children were born to the mother, as well as how many were living at that time.)

Pay attention to the genealogy relationship given for each person in the household.  It can often reveal connections that were previously unknown, such as “stepson” or “nephew” for someone who was thought to be a biological sibling.  And, before people had the internet to find a spouse, they usually married someone who lived in the same town — or even the young man who shows up in one census as “hired hand” and ten years later is “head of household” with one of the daughters in the family listed as his wife!  ☺

Ages of each person enumerated

While all of the information recorded in the census is self-reported, and thus open to error or misinformation, having an approximate age for an individual can help you determine the accuracy of other records you may find.  With the exception of the 1900 U.S. Census, which offers the birth month and year, most records provide the age on the date the census taker made the record.

(Pro tip:  when you then enter such information into your family tree, you will want to use “About” or “abt” and then the calculated approximate year of birth, until you can confirm an exact year or date.)

Address of the household

If you look carefully, you can find the actual address where your ancestors lived.  You may need to go back by a page or two in order to find the street name listed, usually handwritten along the left-hand side of the page.  The house number can be found under the column “Location”.  Try using Google Maps to search for the address; you can even use “street view” to see exactly what it looks like today.  (And, if not, it sounds like it’s time for a research road trip!)

Generally, this is recorded either by state, if inside the U.S., or by country.  Again, bear in mind that there is room for error: it’s not uncommon to find a relative who is listed as having been born in England in the 1910 Census and in Scotland in the 190 Census.  Use your best judgment when recording the information in your tree: list your source, and take it only as a possible location until you have documentation that proves it.

Yes, it’s true:  you’re likely to find quite a few records that say “Farmer” and “Hired Hand” or “Servant”.  It goes with the times.  But, you never know; your great-grandfather could surprise you with an occupation of “ferryman”, “man of pleasure” (!), or even “in jail” (*gasp*).  Imagine all of the occupations that your descendants will find in the census records from your day!

As you become more familiar with using the census, you’ll find that they often become the bread-and-butter source for documentation and can even be worth a laugh or two.  Happy searching!