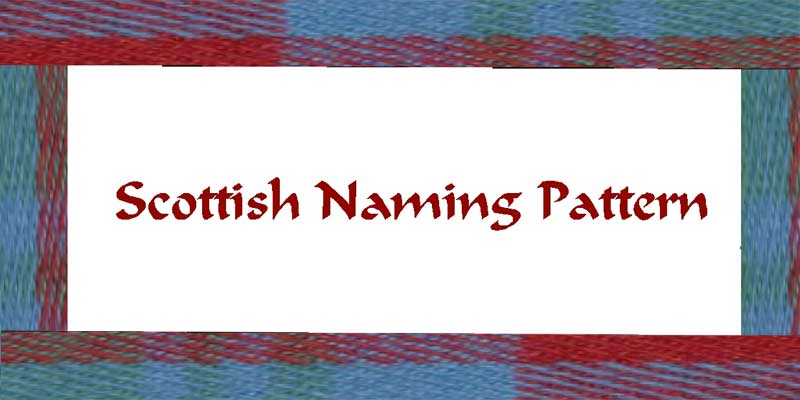 If you are researching your Scottish ancestry, you may have noticed as you read through the various records that there is a repetition of given (or first) names generation after generation. That’s because most Scots adhered fairly strictly to Scottish Naming Patterns. Here’s how it works:

Other things to note are that if a child died before reaching adulthood, then the next child born of the same sex would be given that name. Pay attention to this if you find you have two or three children, born to the same set of parents, who all seem to share the same first name.

As well, if a new minister was in place, often (although not always), the first baby that was baptized by him would be given his name in some form – first name, middle name, variation of his name. The same thing went for the district nurse at her first delivery in the village.

While this seems confusing, it can actually work to your advantage in knowing which family is yours. If you see a name outside of the pattern, you may want to do some extra checking with other records to make sure you have the correct family.

Generally, you will see mother or grandmother’s maiden names used as middle names. This also helps you to keep the children lined up with the correct parents.

Even once Scots emigrated to North America, they seemed to continue with this naming pattern at least for awhile. 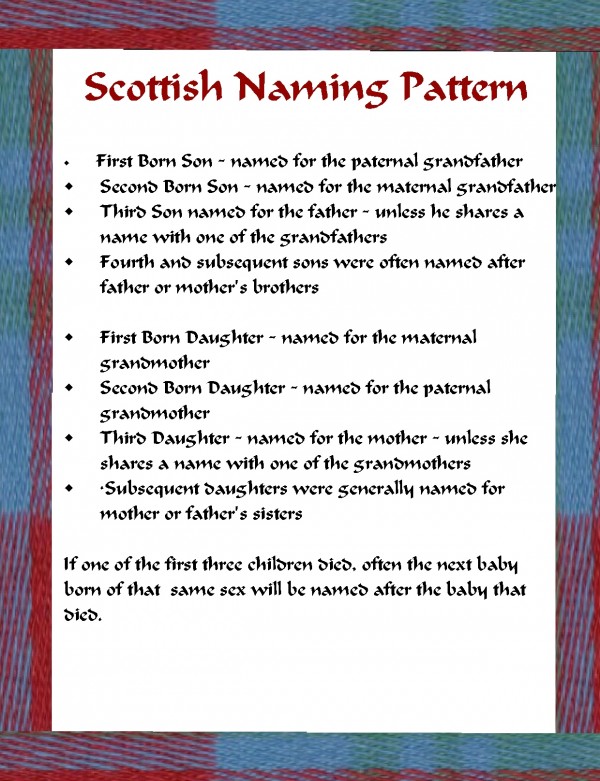 7 thoughts on “Who’s Your Father, Then?”